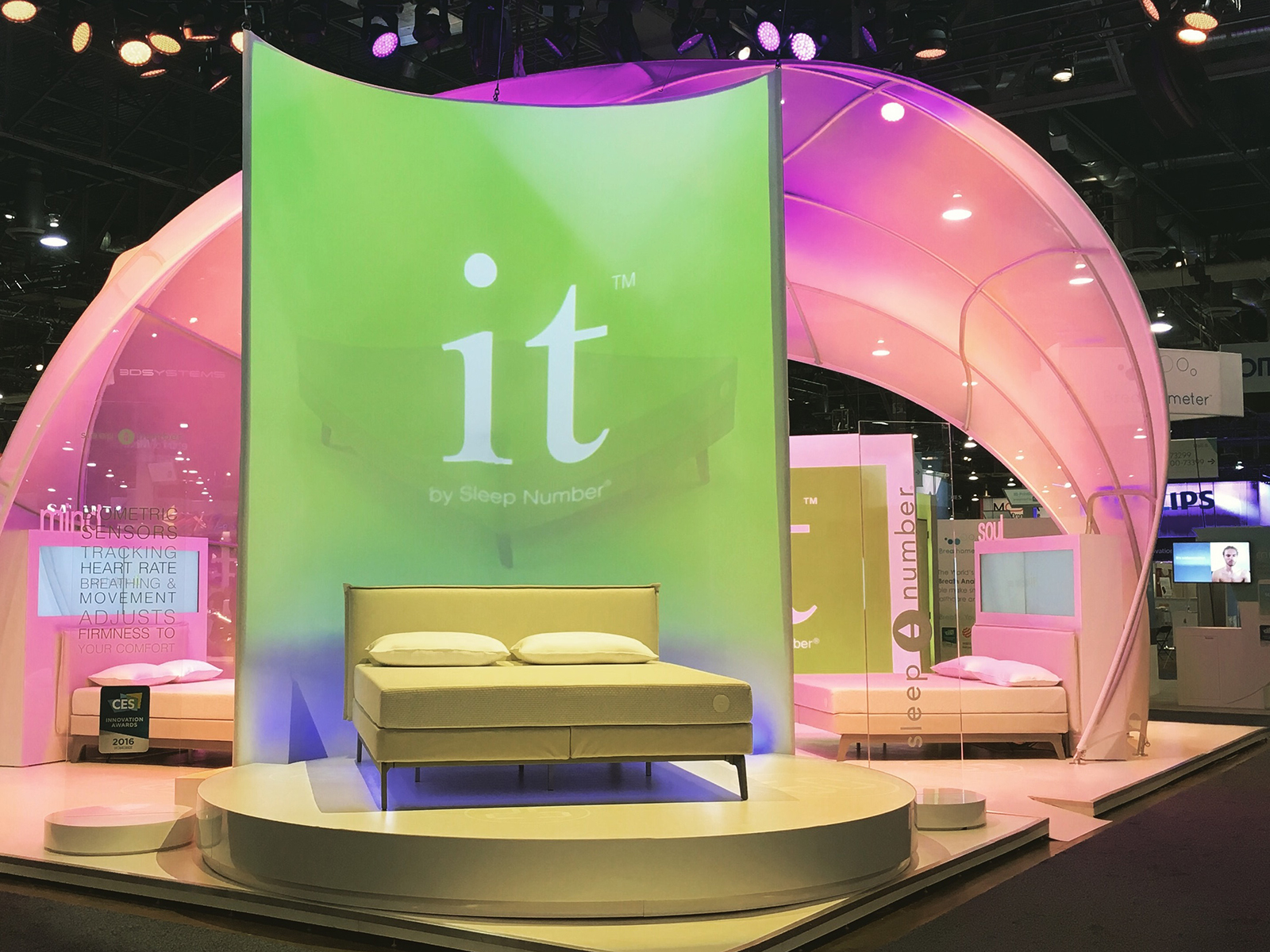 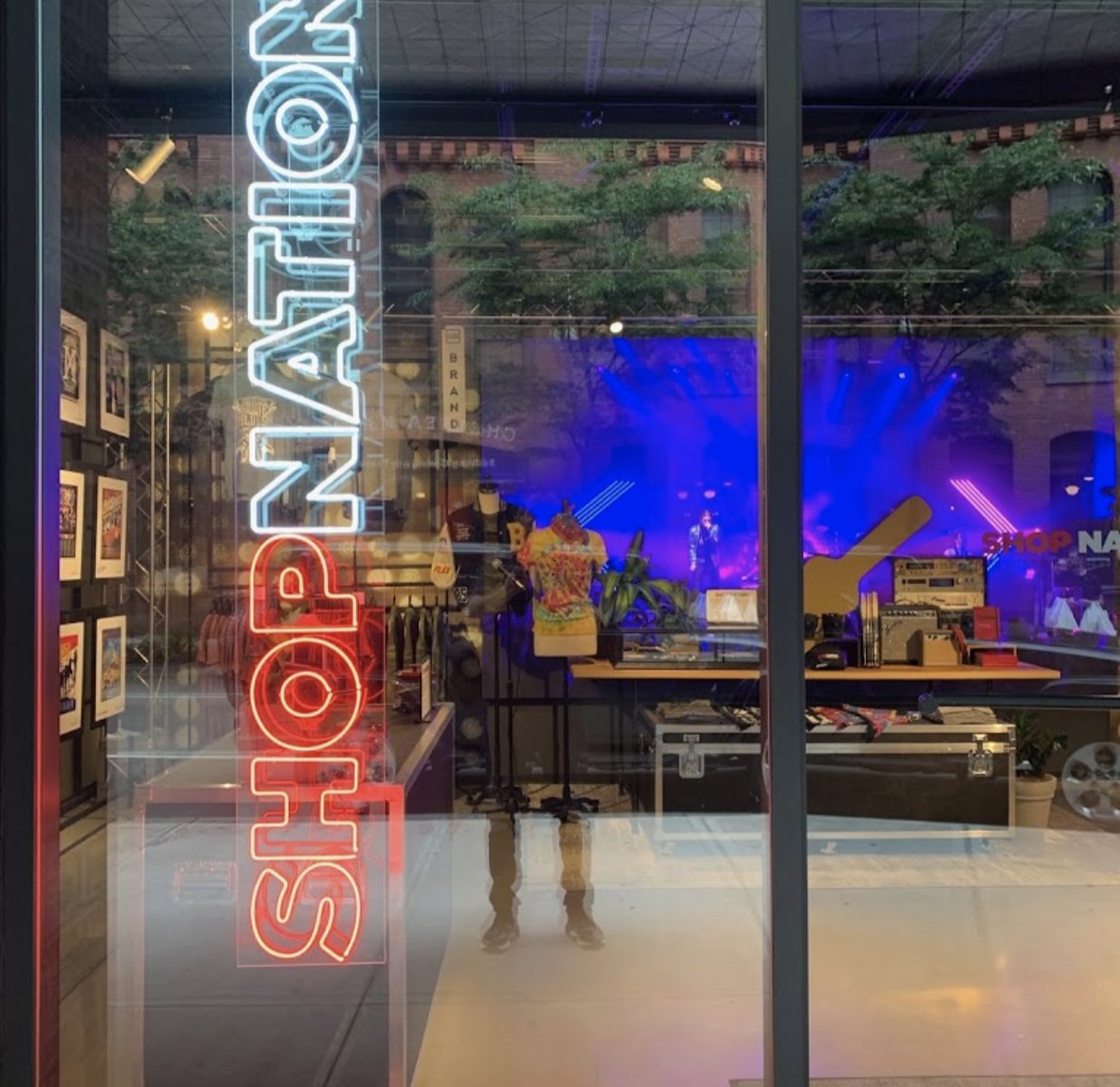 How do you design a store that needs a whole new identity just about every week? That was our challenge with the Live Nation retail store in the first floor of the company’s headquarters in New York.

Live Nation wanted to create a space where they could promote different artists at different times. They also wanted a space that could host live events such as artist appearances and autograph signings. In a way, the store would be similar to a pop-up in that it goes up for one event and comes down (or really changes) for another event.

But that wasn’t the only challenge. The space was shallow and small, but still needed to house merchandise in a way that it didn’t feel crowded. Plus, it needed to have the brand presence of the artist being promoted, hence, an entirely new look and feel every time it changed. And when there wasn’t an artist? The Live Nation brand would be spotlighted.

We wanted the space to reflect the idea of a live concert and we identified key areas that could change to feel like a whole new space. First and most prominent was an LED screen placed on the back wall so that content could be updated at any time. Second, was the idea that merchandise displays could be moved and reconfigured, meaning using fixtures that would allow our concept to work in many different scenarios. Third, were the walls and floor. We stripped the paint and exposed the brick walls to give it a grittier feel. And if a particular artist needed a different look, vinyl overlays could be applied to the walls and floor. Then, lighting could give it final touches.

The space is an integrated, but defined part of the lobby. Its design has the ability to act as a casual meeting and hospitality area that can draw in the public from its location across from Chelsea Market or be segmented for company, artist or brand sponsor VIP events.

We created a guidebook for different genres including country, hip-hop, rock and one for the Live Nation brand itself that the client could use to accommodate each artist and event. The result? It worked for Madonna.