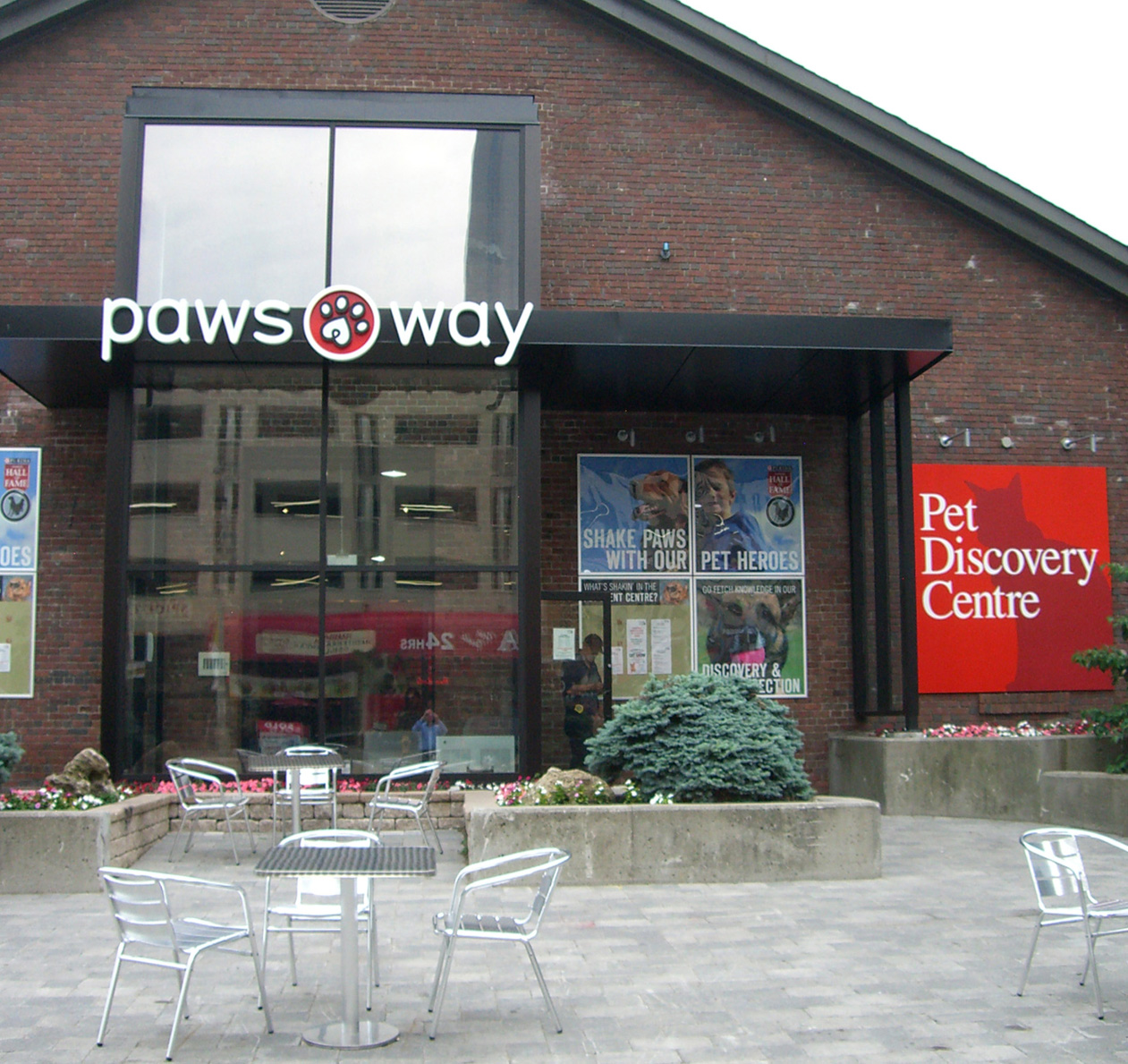 PawsWay is situated on the waterfront at Toronto’s Harbourfront Centre, situated within Toronto’s arts, theater and festival community, PawsWay is housed in a former turn of the century shipping pier. The historic nature of the building has been restored and retained as a background to the complex’s welcoming two-story glass atrium, perimeter graphics and banner system referencing the familiar Purina checkerboard branding colors and use of pet iconography.

Back To Show + Tell