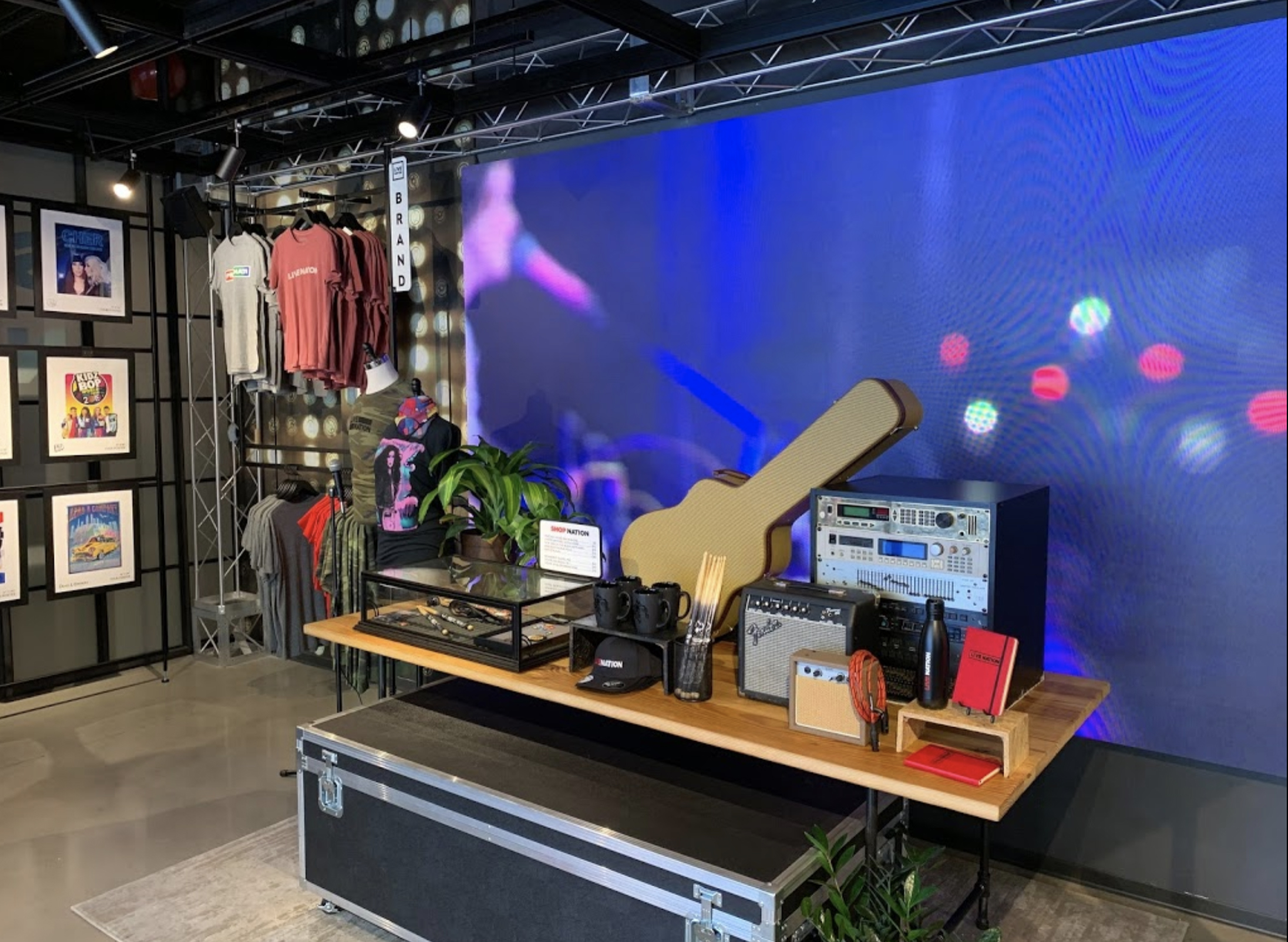 One adaptation of our modular design

Live Nation wanted to create a space in their New York City headquarters where they could promote different artists at different times. They also wanted a space that could host live events such as artist appearances and autograph signings. In a way, the store would be similar to a pop-up in that it goes up for one event and comes down (or really changes) for another event.

The space is an integrated, but defined part of the lobby. Its design has the ability to act as a casual meeting and hospitality area that can draw in the public from its location across from Chelsea market or be segmented for company, artist or brand sponsor VIP events.

Back To Show + Tell